The Criminal Injuries Compensation scheme is a government scheme in place to help victims of crimes of violence receive compensation for injuries they have suffered.  The current Criminal Injuries Compensation Scheme is the 2012 Scheme (2012 Scheme), which, as its name suggests, came into effect in 2012. There has recently been some legislation which has amended and will amend the current scheme. These changes could have a substantial impact on the scheme and enable victims of crimes of violence to claim compensation where they had been previously unable to.

The first change to the Criminal Injuries Compensation Scheme is the removal of what was known as “the same roof rule.” The same roof rule was previously governed by section 19 of the 2012 scheme which stated:

“An award will not be made in respect of a criminal injury sustained before 1 October 1979 if, at the time of the incident giving rise to that injury, the applicant and the assailant were living together as members of the same family.”

This section meant that may victims, particularly of childhood abuse or domestic violence, where the incident occurred before 1 October 1979 were not entitled to claim compensation as when the abuse occurred, they were living with the assailant. This contrasted to the approach taken with victims of crimes of violence that occurred after 1 October 1979, where the scheme only prevented claiming if the victim continued to reside with their assailant at the time of applying for compensation.

This rule was however challenged by the case of JT v First Tier Tribunal in England and Wales and the Scottish case of Monica Allan (MA v Criminal Injuries Compensation Board), in which the Legal Services Agency was involved. Both these cases challenged the same roof rule on the basis that it was discriminatory as someone who was subject to domestic abuse or childhood abuse after 1st October 1979 could claim compensation in relation to the incident but someone in the same circumstances making a claim prior to 1st October 1979 could not. The case of Monica Allan was not successful in the Inner House and was appealed to the Supreme Court. Following, however, the case of JT where the Court of Appeal in England ruled that the same roof rule was discriminatory, the Criminal Injuries Compensation Authority dropped their opposition to the appeal in the case of Monica Allan. Thereafter on the 30th January 2019 the Supreme Court ordered that the appeal was allowed, and the previous judgement of the Inner House of the Court of Session was to be set aside.

Following these decisions, the 2019 Amendment to the Scheme was introduced. This came into effect on the 13th July 2019. This Amendment removed Section 19 from the original scheme so victims of abuse prior to 1979 where their assailant lived in the same house were entitled to compensation.

Anyone who is now eligible to claim compensation due to the removal of the same roof rule has two years from the date that the amendments came into effect (13th July 2019) to make an application for Criminal Injuries Compensation so until the 12th July 2021.

If an applicant is being made under the new provisions of the act, the applicant will also need to provide sufficient evidence to CICA that will allow their claim to be determined without further extensive enquiry by the claims officer.

This will usually mean obtaining police records of the incident together with medical records confirming the injuries that the applicant has suffered.

The key points to note with regards to same roof rule cases are as follows:

–  Victims of crimes of violence who were living with their assailant prior to 1979 can now claim Criminal Injuries Compensation.

–  Those who previously tried to claim compensation but were refused either wholly or partially because of the “same roof rule” can now make a fresh application.

–  The applicant may need to provide police records and medical evidence to help verify their claim.

As these claims usually require a further amount of evidence to be gathered by the applicant prior to submitting a claim, it is advisable that anyone seeking to apply for Criminal Injuries obtain advice regarding completing an application for compensation. The Legal Services Agency can provide advice and assistance in applying for Criminal Injuries Compensation and can any questions regarding the same roof rule and its effect, please do not hesitate to contact us to discuss.

One of the ways that the CICA considers conduct and character is by considering the applicant’s unspent convictions.

The rules surrounding criminal convictions are found in Annex D of the 2012 Scheme inter alia are as follows:

“3. An award will not be made to an applicant who on the date of their application has a conviction for an offence which resulted in:

(a) a sentence excluded from rehabilitation;

(b) a custodial sentence;

(c) a sentence of service detention;

(d) removal from Her Majesty’s service;

(f) a youth rehabilitation order; or

These rules relate to convictions that are considered unspent and are based on the sentence that the offender received rather than the offence itself.

The time it takes for a conviction to become spent is governed in the Rehabilitation of Offenders Act 1974. Under this act there are different time limits governing when an offence is spent depending of the sentence.

The position also differs between Scotland and in England and Wales.  For example, if the applicant were to receive a fine in England and Wales, the conviction would be considered spent after the period of 1 year from the date of conviction. In Scotland, at present, the same conviction would not be considered spent until 5 years from the date of convictions. This creates a disparity in the Criminal Injuries Compensation Scheme which applies to England, Wales and Scotland whereby, someone who is a victim of a crime of violence but has previous convictions may have their award reduced or refused in Scotland where it would be accepted in England.

At the Legal Services Agency, we are currently challenging this discrepancy in an appeal to the Outer House of the Court of Session on the basis that this is discriminatory to applicants in Scotland compared to applicants in England and Wales. This action is at present sisted pending the appeal of the case of A and B v Criminal Injuries Compensation Authority and Secretary of State for Justice to the Supreme Court. The case of A and B is challenging the blanket refusal of CICA in the case where the applicant has an unspent conviction which resulted in either a community order or a custodial sentence. This case involves two Lithuanian twin brothers who were trafficked to the United Kingdom in 2013. Both brothers made an application to CICA with respect to being victims of trafficking however they both had unspent convictions from Lithuania which had resulted in a custodial sentence, so the Criminal Injuries Compensation Authority refused to grant compensation.

In Court of Appeal (Civil Division) in England and Wales, the Appellants argued that the complete refusal to award Criminal Injures Compensation where the applicant has received either a community order or custodial sentence breaches Article 17 of the Directive 2011/36/EU of the European Parliament and of the Council of 5 April 2011 on preventing and combatting trafficking in human beings and protecting its victims. Furthermore they argued that the terms of the Scheme fell within the ambit of Article 4 ECHR and amounted to unjustified discrimination against the Appellants (on the ground of their “other status” of having unspent convictions for offences which resulted in a custodial or community sentence) contrary to Article 14 of the ECHR when read with Article 4. The Court of Appeal refused their argument however as noted they are currently appealing to the Supreme Court. If successful, this decision may have the effect of loosening the strict rules surrounding the blanket ban for claiming compensation.

Additionally, part two of the Management of Offenders (Scotland) Act 2019 (which received Royal Ascent on the 30th July 2019 but is not yet in force) will then amend the Rehabilitation of Offenders Act 1974, in particular Scottish time limits regarding spent convictions, reducing them so they are more in line with their English counterparts.

This change will mean that some applicants, who may not have previously been able to apply for Criminal Injuries Compensations Act due to their unspent convictions may be eligible to apply for Compensation. This will be especially helpful to those who have served either a custodial sentence or received a Community Payback Order, both of which, if unspent, will result in the applicant being refused compensation entirely.

One important thing to bear in mind with regards to this change is the time limits for CICA. The time limit for Criminal Injuries Compensation is usually two years from the date of the incident however this can be waived in exceptional circumstances.

As the Management of Offenders (Scotland) Act 2019 has not yet come into force, this may be beneficial in some cases to delay applying for compensation if the applicant has previous convictions that would be considered unspent under the present legislation but would be considered spent under the new guidelines so that any award they received was not reduced or refused.

For example, if an applicant were to have a current unspent conviction that resulted in either a community payback order or a custodial sentence, which would under the current legislation, ban then from receiving compensation, it may be better to hold off on applying if their conviction would be considered spent with regards to the changes contained within part two of the Management of Offenders (Scotland) Act 2019 so that their claim can be considered. This would have to be weighed up against the risk of falling foul of the time limit.

The key points to note in relation to the Rehabilitation of Offenders Act 1974 are as follows: –

–  Under the Criminal Injuries Compensation Scheme 2012 – awards of compensation can be reduced or refused for unspent convictions.

–  At present there is no discretion regarding this, although there are ongoing challenges to this in the courts.

–  When a conviction is spent is covered by the Rehabilitation of Offenders Act 1974.

–  This act has differing rehabilitation periods between Scotland and England and Wales.

–  The rehabilitation periods in Scotland are due to be adjusted by the Management of Offenders Act 2019 which is due to come into force this year.

As this area involves consideration of a number of factors including the time limit; when any previous convictions will be considered spent under both the old and new guidance; and what affect an unspent conviction would have on an award, it is important for the applicant to receive advice regarding how a claim may be affected by the changes and when they should apply. The Legal Services Agency can help to provide guidance regarding this and are available to discuss any queries and provide advice.  We can be contact by telephone on 0141 353 3354 or email to mail@lsa.org.uk. 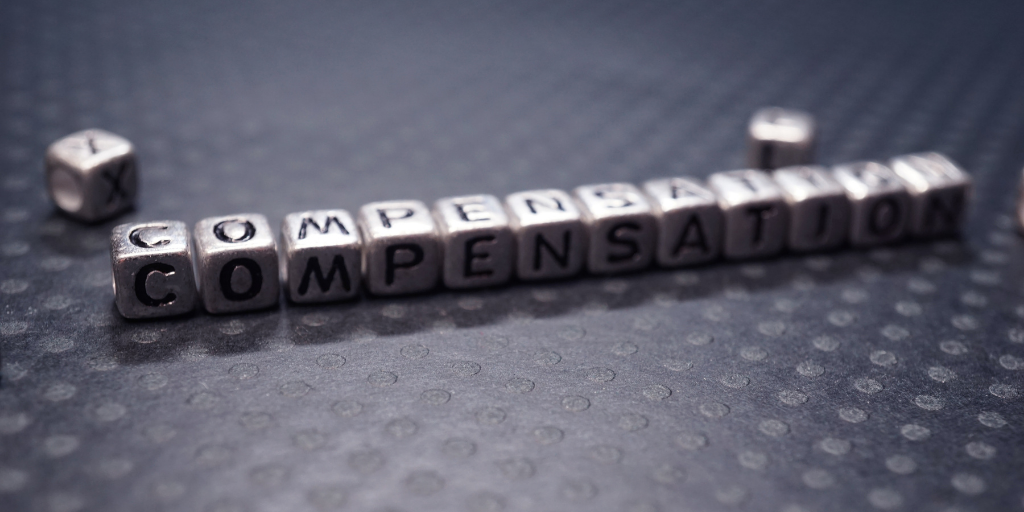